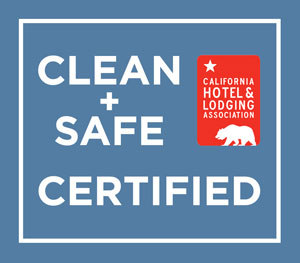 So disappointed and ashamed

My sweetheart of a boyfriend wanted to do something unique to bring in the new year and Miyako Hybrid Hotel was the foundation in which he built his idea from.
Nice room, order in room service and late checkout.
The reason why staying at this hotel was so special to him for us to experience was because my name is Miyako however, I go by Miya.
Although, all that he did to make this experience special was received and wonderful, the experience with the hotel itself was horrible.
For it to be New Year’s Eve, the hotel seemed to be under staffed and the worse part of it all we were told there was no food other than fried eggs available for room service.
Seriously, I tell no lie.
We called to order room service and there was no answer, we figured ok it might be busy, it is new years so let’s wait to call again. After an half an hour we call back but no answer so we called the front desk. We were told by front desk that they will have someone call our room.
After nearly a hour and a half we called back and then they gave us a call.
We were asked not in the most pleasant way however asked what would we like to order (this is where the experience officially became unbelievable) ordering off the menu, my sweetheart stated may we have xyz, he was then told that they don’t have that. Ok, my sweetheart then stated, may we have ABC, he was then told sorry we’re don’t have that, all we have available if you want it is fried egg.
Seriously, we were told that we could not order anything on the menu because all they had was fried egg.
So, we’re starving at this point now having to not rest and enjoy room service but having to get up to leave so we can go eat, knowing everywhere is going to be not only crowded but also a ridiculous wait. Which was exactly what happened. Everywhere had a ridiculous wait and was crowded.
Check this out…As my sweetheart and I are checking out the front desk lady says hope you enjoyed your stay here, I stated actually I can’t say I did. She asked why and as I started to explain she interrupted and said yeah I’m the one who gave your message to dining, were you able to order. I looked at her confused as to why she would have thought we ordered, did she not get the memo that there was no food.
I shared with her that there was no food here to order food and she looked at me puzzled like there was food and who told us that however did not even tried to accommodate the situation and was like oh well, thanks for staying at Miyako Hybrid Hotel.
When I asked if there was someone we can talk to about this smh she looked at me and stated maybe you can call later.
Wow right, my sweetheart took hold of my hand and gave me the comfort of babe it’s ok let’s just go find somewhere to eat.
This is not right I thought to myself, he put so much thought and effort to have this be special only for it to be ruined and I know it isn’t about the money but hey this place wasn’t cheap.
The valet brings us our car and my sweetheart asked hey do you know any place around here good to eat and the darn valet looks at us puzzled and then said why not eat here, I swear I almost wanted to cry because now I’m feeling like it was just us not having this service available to us because why would the valet say that.
My sweetheart stated that there wasn’t food available and the valet stated WHAT, HOW NOT as though he just ate or something.
Never been so disappointed in sharing my name
And yes my sweetheart is African American in case anyone is wondering the race here and I’ll end on that.

Miyako Hybrid Hotel is literally my favorite place in the world. It’s only like a 20 minute drive from home, but it is like being in a different world. Not overly luxurious, it feels like a business hotel to me, but it’s so clean and comfortable. And the bathroom! The bathroom! Heated toilet seat and shower room with the most wonderful soaking tub ever. A great place for a quick romantic getaway (if you intent to stay in the room, since the location is nothing to write home about), for a personal stay to de-stress-for anything, really. And it’s right next to a Mitsuwa Marketplace, so you can go have delicious Japanese food on the cheap and then head back to your room

Japanese Luxury At A Moderate Price

I’ve been fortunate to have stayed at this hotel several times before. Every time I walk into the lobby I am greeted by warm, friendly, professional staff members. Once in the room, I smile, the room is immaculate, everything is Clean and in it’s place. There is plenty of room to unpack your suitcases, to store your clothes in the drawers and in the wardrobe closet. I especially love the Japanese toilet and bathroom/shower combination. I have always slept well on their beds and have found the sheets and pillows to be very comfortable. In addition this hotel is very close to the many Japanese stores and markets that we like to visit, as well as being centrally located to our many relatives. You also will have free parking in their well lite parking lot in front

This is a Beautiful hotel in the Torrance District which is know as The Japanese area This hotel caters to all but most of all the Japanese clientele Beautiful!!! The Service was ok I recommend it highly A 9 out of 10 $$

We use our own and third party cookies to give you the best possible experience. By using this site, you agree with our Cookie PolicyAccept